Kenya's Monetary Policy Committee took the cautious route on its November 28th meeting, leaving the policy rate unchanged at 10%. The committee argued that private sector credit growth had stabilized at 4.6% year on year in October. Despite that being well under the historical levels of well over 15%, the committee is of the view that the slowdown is largely due to structural factors, and not a direct result of its monetary policy actions. As far as the central bank is concerned, the slowdown in lending has no negative impact on economic growth. Several economists, however, disagree. CCTV's Ramah Nyang spoke to Stanbic's economist in charge of East Africa, Jibran Qureishi. 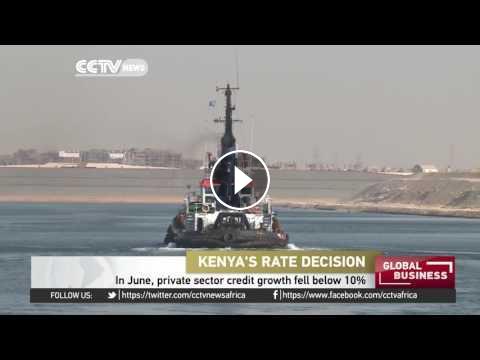