A massive blaze has engulfed a 139-year-old mosque in the South African city of Durban.

The cause of the fire on Monday at the Grey Street Mosque, one of the largest in the southern hemisphere, was not immediately known. There were no reports of casualties.

Videos posted on Twitter showed crowds gathered as curtains of flames raged through the top floor of the two-storey building in the central business district of the southeastern port city.

Several people took to social media to express sadness about the fire at the historic structure, which can accommodate up to 7,000 worshippers.

Firefighters managed to bring the fire under control in about two hours.

Thank you for your support.

To get more views and excellent SEO: TubeBuddy
Link: https://www.tubebuddy.com/

All videos are original and created by the Creator or the Vlogger of this Channel. 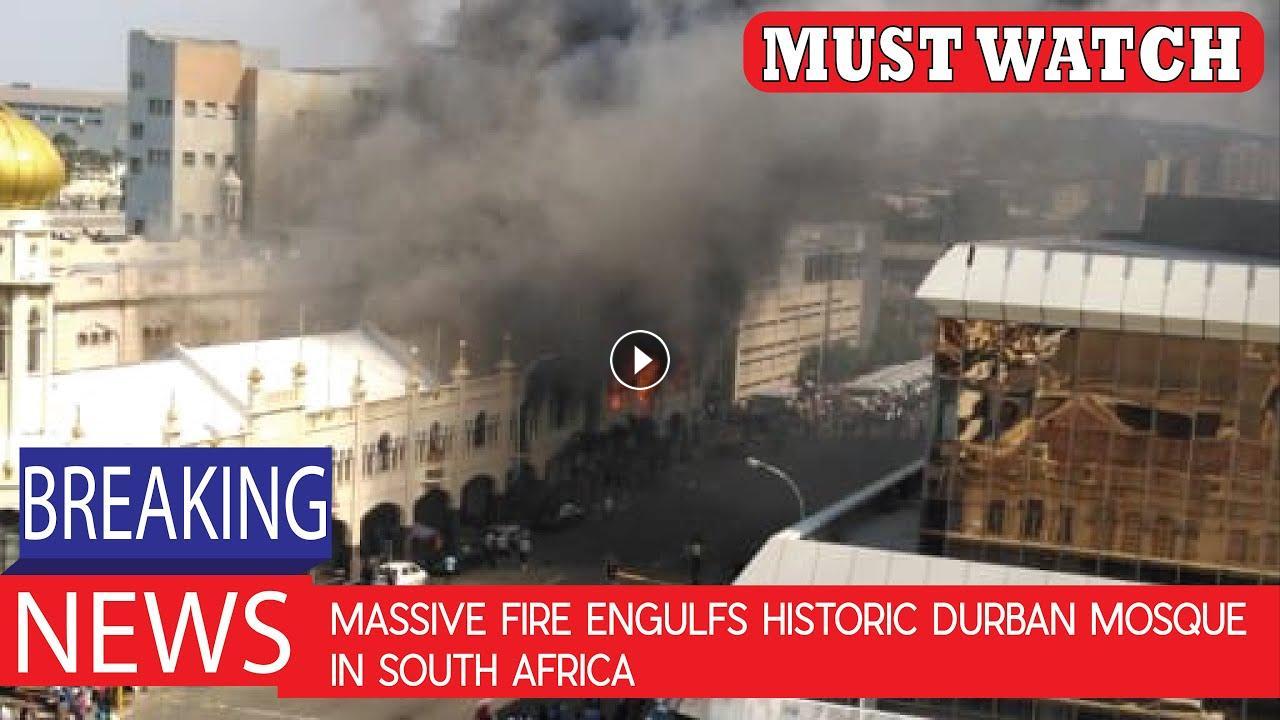