STORY-LINE:
Men and women compete on horseback in the first edition of the Benghazi Equestrian Clubs Jumping Championship.
Libyans love horses and consider equestrian sports a prized element of the country's cultural heritage.
This year, horse races and events had to be suspended for a while because of the coronavirus pandemic.
"But there is no substitute to sports, sports are the best way to gain immunity," says Faraj Najm, the president of Benghazi Youth and Sports Sub-Federation.
Around 75 riders participated in the competition, all came from clubs based in the city of Benghazi.
"This festival was not born overnight, we have been wanting to hold it for a while but it was postponed because of the coronavirus," Najm adds.
The championship categories consisted of a junior class, with barriers' heights of 80 cm, the open class, with a height of 100 cm, and the advanced class, with 120 cm.
Wael al-Naili, who won first place in the 120 cm category, says the competition was tough.
He now has his eyes on international championships.
"My ambition is to be an international rider representing my country, I want to raise the name of my country internationally," he says.
Libyans have been living through security and economic crises for years.
The country was plunged into chaos when a NATO-backed uprising in 2011 toppled longtime dictator Moammar Gadhafi, who was later killed.
It has since split between rival east- and west-based administrations, each backed by armed groups and foreign governments.
But despite the war and instability, equestrian sports remain a favorite hobby and escape for many. 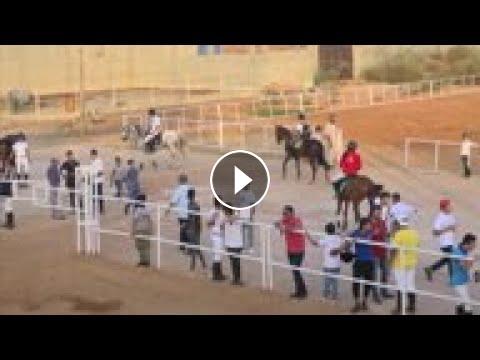 The Libyan city of Benghazi organised its first equestrian jumping championship. STORY-LINE: Men and women compete on horseback in the first edition o...