Traveling across three continents, Justin Rowlatt investigates the spread of Chinese influence around the planet and asks what the world will be like if China overtakes America as the world's economic superpower. In the first of two films, he embarks on a journey across Southern Africa to chart the extraordinary phenomenon of Chinese migration to Africa, and the huge influence of China on the development of the continent.

While many in the West view Africa as a land of poverty, to the Chinese it is seen as an almost limitless business opportunity. From Angola to Tanzania, Justin meets the fearless Chinese entrepreneurs who have traveled thousands of miles to set up businesses.

Justin Rowlatt crosses Brazil and the United States on an epic journey as he continues to investigate the spread of Chinese influence around the planet.

In Rio, local industries, including bikini factories, are threatened by cheap Chinese imports, and in the Amazon, Justin witnesses the phenomenal impact of the Chinese hunger for resources on the indigenous people and the environment.

In the US, from California to the rust belt, Justin encounters the rising undercurrent of American fury over their own decline in the face of competition from China. 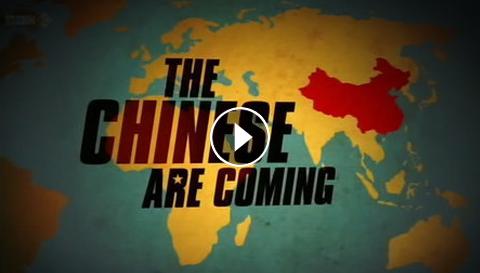 Traveling across three continents, Justin Rowlatt investigates the spread of Chinese influence around the planet and asks what the world will be like ...