Protesters gathered in Tripoli's Martyr's Square, on Thursday, to demonstrate against French President Emmanuel Macron's recent comments on Islam, which have sparked a series of protests both in France and internationally, with some calling for a boycott of French goods.

Protesters held banners and signs reading "Respect the Prophet Mohammed" and "The Prophet is untouchable". An Anti-Macron banner can also be seen hanging from the Red Castle Museum, which is located on the square.

Earlier this month, Macron said that Islam is "a religion that is in crisis all over the world today," as he announced a bill to "strengthen" a 1905 law that officially separated church and state in France.

Tensions in France have risen in recent weeks following the killing of French teacher Samuel Paty on October 16, after he showed cartoons depicting Prophet Muhammad to his students during a discussion on freedom of speech, while on Thursday three people were killed in a knife attack at a church in Nice, which Macron condemned as an "Islamic terrorist attack." 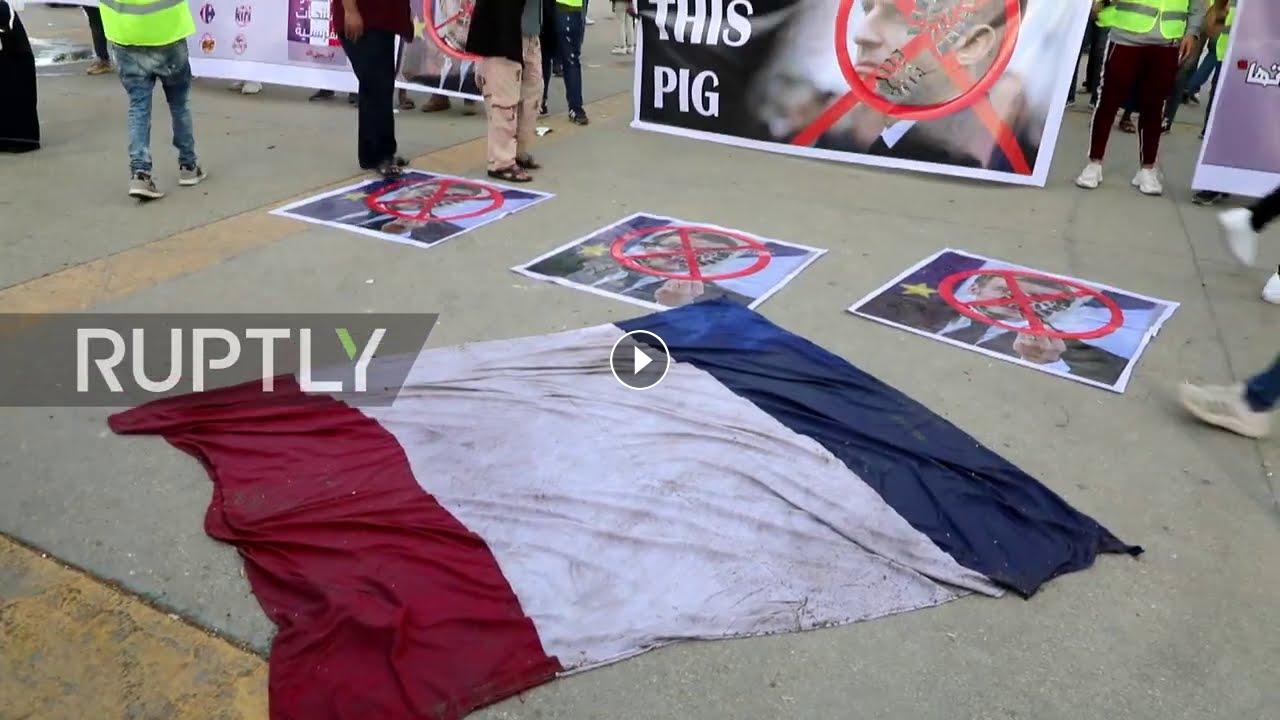