Sudanese protesters returned to the streets Monday to call for more reforms one year after a power-sharing deal between the pro-democracy movement and the generals was secured.

Sudan is on a fragile path to democracy after a popular uprising led the military to overthrow former autocratic President Omar al-Bashir in April 2019.

A military-civilian government now rules the country, with elections possible in late 2022.

The demonstrations were organized by local groups linked to the Sudanese Professionals' Association, which spearheaded the uprising against al-Bashir.

The crowds, waving Sudanese flags, gathered outside the Cabinet's headquarters in the capital Khartoum to hand over a list of demands, including the formation of a legislative body.

Police later dispersed the protesters, and demonstrators were met with tear gas. There were no immediate reports of casualties.

Organizers said the protesters were furious after Prime Minister Abdalla Hamdok sent an aide to meet with them instead of coming out in person.

Monday's protests marked a year after the generals signed a power-sharing agreement with the Forces for Declaration of Freedom and Change, a coalition of opposition parties and movements representing the protesters.

QuickTake by Bloomberg is a global news network delivering up-to-the-minute analysis on the biggest news, trends and ideas for a new generation of leaders. 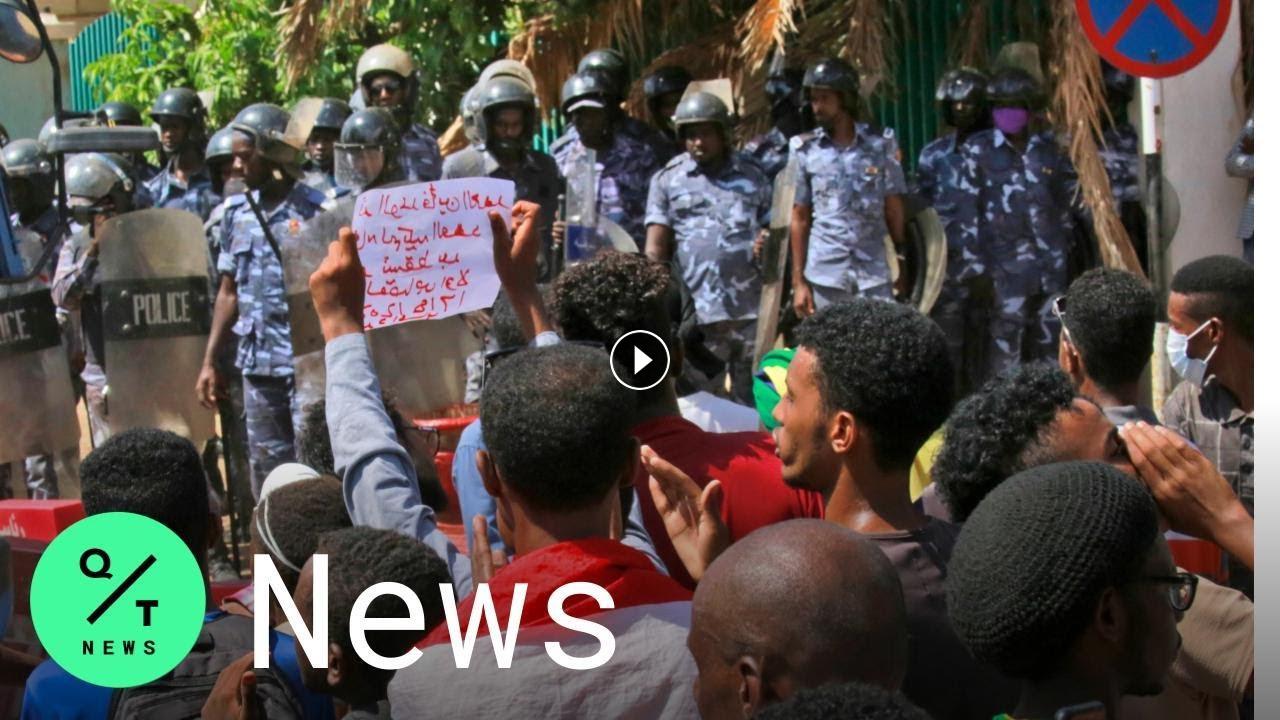 Sudanese protesters returned to the streets Monday to call for more reforms one year after a power-sharing deal between the pro-democracy movement and...