Sudan has marked the two-year anniversary of the uprising that led to the military's ouster of strongman Omar al-Bashir but Sudanese people say they feel no real change yet.

STORY-LINE:
Sudan has marked the second anniversary of its revolution on Saturday but two years on, Sudanese people say they don't feel real change.
People protested in the country's capital, Khartoum, and across Sudan to demand a faster pace to the ongoing democratic reforms.
The demonstrations also marked the uprising that led to the military's ouster of strongman Omar al-Bashir.
The protests come amid rising tensions between military and civilian members of Sudan's transitional government, which was set up after al-Bashir's arrest in April 2019 and has promised sweeping reforms.
Lately, tensions have largely centered on the Sudanese military's economic assets, over which the civilian-run finance ministry does not have control.
"We will not be able to move forward if the military stayed in the political scene," said Mohamed al-Haytham, who participated in the revolution.
The transitional government faces steep challenges in transforming Sudan's economic system and meeting the demands of the protest movement, which has been spurred by soaring prices of staple goods and rising youth unemployment.
Real reforms are yet to be felt, locals and activists in Khartoum said.
"There is no real change and we have not achieved peace, justice or freedom," Sudanese activist Reel Mooaz said.
Last week, the U.S. Embassy in Khartoum said President Donald Trump's administration has removed Sudan from the U.S. list of state sponsors of terrorism.
The move could help the African country get international loans to revive its battered economy and end its pariah status.
Sudan's economy has suffered from decades of U.S. sanctions and mismanagement under al-Bashir, who had ruled the country since a 1989 Islamist-backed military coup.
The country today has more than $60 billion in foreign debt, and debt relief and access to foreign loans are widely seen as its gateway to economic recovery.
Delisting Sudan was also a key incentive for the government in Khartoum to normalise relations with Israel. 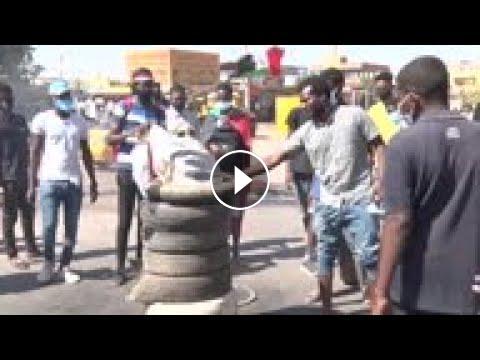 Sudan has marked the two-year anniversary of the uprising that led to the military's ouster of strongman Omar al-Bashir but Sudanese people say they f...