Pollution is one of the biggest threats to biodiversity and the environment as it can come in a number of forms, ranging from simple fertilizer and agricultural runoff to plastic and other trash.

Like the rest of the world, Zimbabwe is not spared, as its water bodies and rivers are heavily polluted by mercury from alluvial gold processing or raw sewerage, fertilizers and chemicals.

A visit to Lake Chivero, the main water source for the capital city Harare, Upper Umguza dam just outside Bulawayo and other water sources around the country shows that most of these fresh-water bodies have been greatly affected.

These water sources are heavily choked by the invasive water weed, a free-floating perennial aquatic plant that forms huge thick mats on the water surface.

The extent to which water hyacinth is clogging these water sources is a cause for concern as the weed is slowly blocking water-intake points, decomposition of the plant turns the water green and releases nutrients into the water leading to the blooming of algae, which produces toxic substances.

The weed has spread to parts of the country choking rivers, lakes and dams.
But what is causing the rapid growth of this water weed?

Harare is sitting on its catchment, as such effluent discharged and water that runs off the surface in the city finds its way to Lake Chivero, the main water body that supplies the capital with industrial, agricultural and domestic water.

Like Lake Chivero the proliferation of water hyacinths along Umguza River in Matabeleland North is due to industrial and domestic effluent along Matsheamhlophe and Mazai rivers.

Besides pollution of surface water, raw sewage disposal in these water sources and poor management of wetlands is also contributing towards contamination of both surface and underground water.

The water hyacinth weed can be removed chemically, mechanically or biologically, however these methods have failed to control the nuisance of the weed in many water sources.

Globally a number of environmental protocols and principles have been formulated, adopted and signed to criminalise pollution.

But as responsible citizens do Zimbabweans really need laws, principles or protocols to protect and create a secure and sustainable environment for both present and future generations? 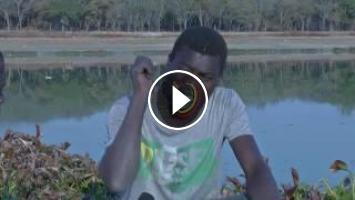 Pollution is one of the biggest threats to biodiversity and the environment as it can come in a number of forms, ranging from simple fertilizer and ag...