Africa Rising - The scandal of Ethiopia is that, like much of Africa, it’s a potentially rich country with enormous resources: what has never been recognised, until now, is that the solution to its dilemma lies in the hands of its own people. Remember Band Aid, Live Aid and the developed countries’ determination to ‘Feed The World’? We failed – there are more Africans living in extreme poverty today than ever before. Shot in high definition,

Africa Rising goes right inside the extraordinary story of how a large rural area of Ethiopia is taking itself out of poverty. With a cast of thousands, our film will open the eyes of the world to a new dawn............. Africans solving Africa’s needs themselves.

Storyline: In a controversial, colourful and frequently uplifting one-hour documentary, we highlight the failure of Western policies towards Africa, asking whether it's time to reconsider the role of Western aid workers on the continent.

Take a look around Ethiopia: in many regions schools lie abandoned; in others you find derelict hospitals; all around are vast areas of dry, barren land where the soil has been washed away. Misguided western governments and agencies thought they knew the answer – billions upon billions of dollars, euros and yen committed, with virtually no long-lasting results and much of the money ending up in the wage packets of foreign aid workers, in bank accounts far from Africa. It didn’t need to be this way; with costs at just a fraction of the norm, the answer was astonishingly simple. Twenty men and women are taught new skills such as dam building, bricklaying, soil rotation, micro-banking or livestock rearing. The deal is that each of them has to pass their new- found knowledge on to twenty more; their ‘followers’. Those followers then pass it on to twenty more ....and so on. Within a short period, tens-of-thousands are now growing cash crops for the first time, digging irrigation systems and even building their own hospitals and schools.

Shot on a grand scale across great swathes of land, this film records a success story in one of the most deprived regions of the world. 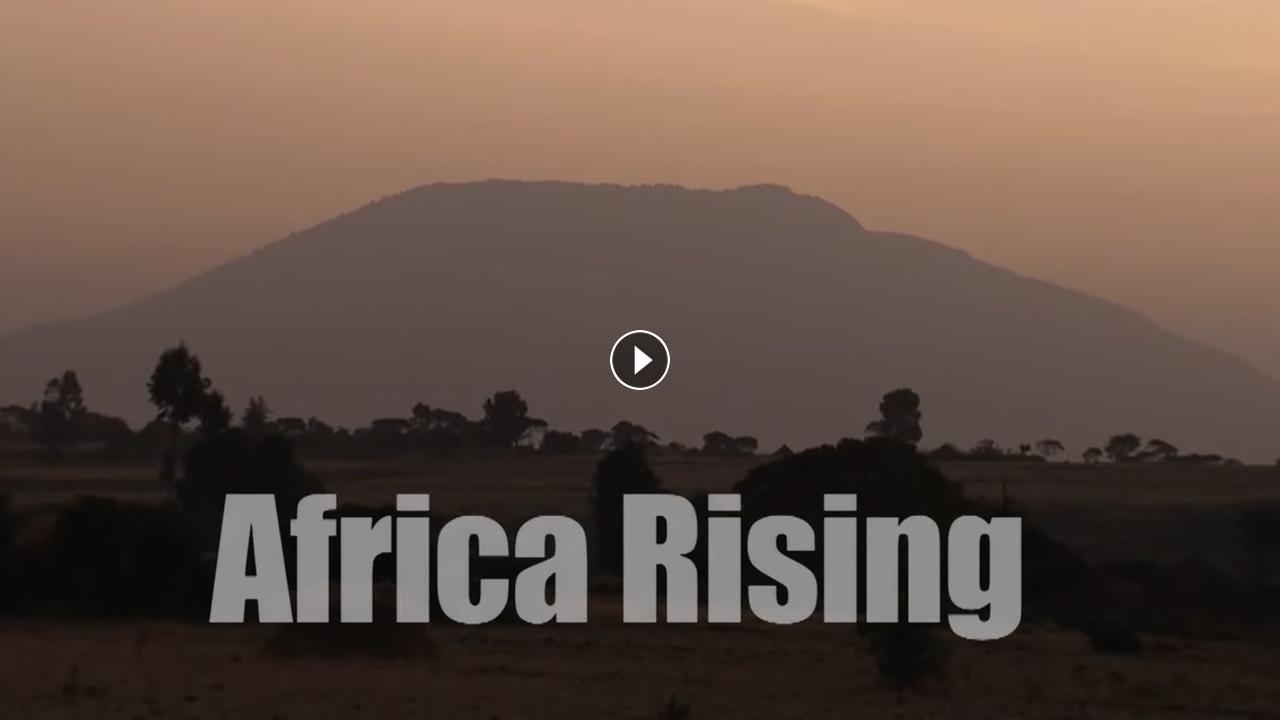 Africa Rising - The scandal of Ethiopia is that, like much of Africa, it’s a potentially rich country with enormous resources: what has never be...