The Angola's civil war Was an armed conflict that continued in the African nation for more than 26 years (from 1975 to 2002), with brief periods of fragile peace.

The war erupts once Angola becomes independent of Portugal, being the last African colony to achieve its independence, starting within its territories a violent struggle for power.

The main protagonists of Angola's civil war were the Popular Movement for the Liberation of Angola (MPLA) and the National Union for the Total Independence of Angola (UNITA).

The civil war was essentially a power struggle between these two liberation movements, backed by the great powers in the shadow of the Cold War.

Once achieved independence, the MPLA was the first to seize power, taking a series of political and economic decisions that would mark Angola historically, while, from the international perspective, countries like France, the United States, Russia, Cuba and South Africa would seek their own prominence within the African nation.

The civil war in Angola left more than half a million dead and up to a third of the total population internally displaced and in neighboring countries.

Since 2002, when the armed conflict has officially ended, the country has remained in a state of turmoil and confusion, with an unstable economic system and a social perception that lives under the shadow of past violence. 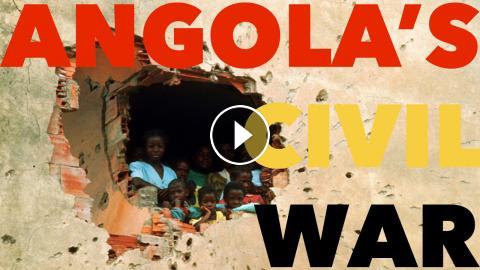 TheAngola's civil warWas an armed conflict that continued in the African nation for more than 26 years (from 1975 to 2002), with brief periods of frag...