Ian Douglas Smith GCLM ID (8 April 1919 – 20 November 2007) was a politician, farmer, and fighter pilot who served as Prime Minister of Rhodesia (or Southern Rhodesia; today Zimbabwe) from 1964 to 1979.[n 1] As the country's first premier not born abroad, he led the predominantly white government that unilaterally declared independence from the United Kingdom in 1965, following prolonged dispute over the terms. He remained Prime Minister for almost all of the 14 years of international isolation that followed, and oversaw Rhodesia's security forces during most of the Bush War, which pitted the unrecognised administration against communist-backed black nationalist guerrilla groups. Smith, who has been described as personifying white Rhodesia, remains a highly controversial figure—supporters venerate him as a man of integrity and vision who understood the uncomfortable truths of Africa,[5] while critics describe an unrepentant racist whose policies and actions caused the deaths of thousands and contributed to Zimbabwe's later crises.

Smith was born to British immigrants in Selukwe, a small town in the Southern Rhodesian Midlands, four years before the colony became self-governing in 1923. During the Second World War, he served as a Royal Air Force fighter pilot. A crash in Egypt caused debilitating facial and bodily wounds that remained conspicuous for the rest of his life; following rehabilitation, he served in Europe, where he was shot down and fought alongside Italian partisans. He set up a farm in his home town in 1948, and the same year, became Member of Parliament for Selukwe—at 29 years old, the country's youngest ever MP. Originally a Liberal, he defected to the United Federal Party in 1953, and served as Chief Whip from 1958 onwards. He left that party in 1961 in protest at the territory's new constitution, and in the following year helped Winston Field to form the all-white, firmly conservative Rhodesian Front, which called for independence without an immediate shift to majority rule.

Smith became Deputy Prime Minister following the Rhodesian Front's December 1962 election victory, and stepped up to the premiership after Field resigned in April 1964. With the UK government refusing to grant independence while Rhodesia did not devise a set timetable for the introduction of majority rule, talks with the UK Prime Minister Harold Wilson repeatedly broke down, leading Smith and his Cabinet to declare independence on 11 November 1965. His government endured in the face of United Nations economic sanctions with the assistance of South Africa and, until 1974, Portugal. Talks with the UK in 1966, 1968 and 1971 came to nothing. Smith declared Rhodesia a republic in 1970 and led the RF to three more decisive election victories over the next seven years. After the Bush War began in earnest in 1972, he negotiated with the non-militant nationalist leader Bishop Abel Muzorewa and the rival guerrilla movements headed by Joshua Nkomo and Robert Mugabe.

In 1978, Smith and non-militant nationalists including Muzorewa signed the Internal Settlement, under which the country became Zimbabwe Rhodesia in 1979. Mugabe and Nkomo continued fighting; no country recognised the settlement. Smith was part of Muzorewa's delegation that settled with the UK and the revolutionary guerrillas at Lancaster House, and, following Zimbabwe's recognised independence in 1980, he was Leader of the Opposition during Mugabe's first seven years in power. Smith was a stridently vocal critic of the Mugabe government both before and after his retirement from frontline politics in 1987; he dedicated much of his 1997 memoirs, The Great Betrayal, to condemning Mugabe and several UK politicians. As Mugabe's reputation thereafter plummeted amid Zimbabwe's economic ruin, reckoning of Smith and his legacy improved.[6] Zimbabwean opposition supporters lauded the elderly Smith as an immovable symbol of resistance. He remained in Zimbabwe until 2005, when he moved to Cape Town, South Africa, for medical reasons. After his death two years later at the age of 88, his ashes were repatriated and scattered at his farm. 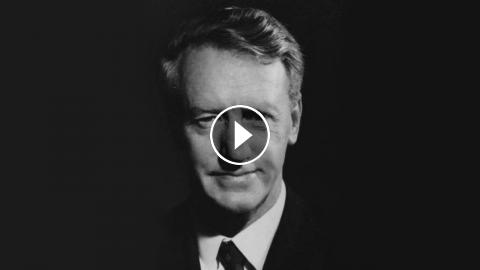