This documentary explores the lesser known stories of the country Congo.

Join in, as BBC journalist Alastair Leithead travels from the Atlantic Ocean into the heart of the African country of Congo to discover the society and its history.

The Democratic Republic of the Congo is a vast, mineral rich country the size of Western Europe.

Originally dominated by Bantu-speaking tribes at least 3,000 years ago, followed by a violent overtaking by Belgium (under King Leopold II) as one of their colonies, Congo’s story is long and twisted.

The republic of Congo has been independent since 1960 from France, and from here on has started to cultivate its own roots as a country once again.

Although this violent past has sculptured a poverty stricken country, its beautiful wild nature is a sight to behold.

During our journey with Alastair in his exploration of this ravaged country, we’ll meet United Nations peacekeepers who show us Ebola outbreaks in rural Congolese villages, explore the cobalt mines which sustain the material needed for electrical cars in the future and witness the largest rainforest outside of the Amazon. 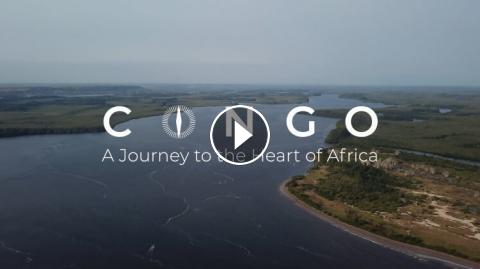 This documentary explores the lesser known stories of the country Congo. Join in, as BBC journalist Alastair Leithead travels from the Atlantic Ocean ...