(27 Oct 2020) LEAD IN:
When the sun goes down, Libyans in Benghazi light candles and bring out their rechargeable lamps to get through the evenings without power.
Despite living in a country that has huge reserves of crude oil, people in most Libyan cities endure long hours without electricity daily.

STORY-LINE:
Benghazi resident Salem al-Ferjani huddles by a rechargeable lamp to read his book at home during a blackout.
People in the eastern Libyan city are forced to rely on generators to run their businesses and homes as they put up with daily power cuts.
Al-Ferjani could not buy a generator so he had to find alternatives to get through up to 18 hours without power.
When the electricity comes back for an hour or two, it gives al-Ferjani barely enough time to recharge the lamp.
This has been going on for at least three months, says grocery shop owner Osama Ahnish.
Despite living in a country that has huge crude oil reserves, Libyans in most cities are experiencing long power cuts.
Power stations are unable to supply electricity to all regions at once.
The Public Authority for Electricity and Renewable Energies in Benghazi says the crisis is caused by the scarcity of diesel fuel supplies.
"Diesel fuel consumption has increased due to the lack of natural gas, so it is a circle where one thing affects the other," says Abdelaziz Al-Dresi, the director of the North Benghazi Power Station.
Electricity stations that used to operate on natural gas are now forced to run on diesel fuel which is considered impractical due to the high price of diesel.
Al-Dresi says the North Benghazi Power Station needed 140 million cubic feet of natural gas but is only operating on 80 million cubic feet per day.
Al-Dresi adds that the station needs 3 million litres of diesel fuel a day but there have been delays by fuel ships deliveries.
The electricity crisis began in Libya several years ago, but in recent months the problem has intensified. 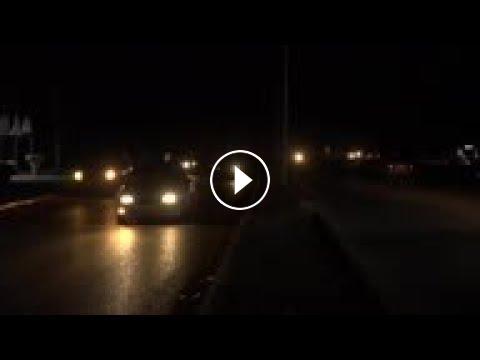 (27 Oct 2020) LEAD IN: When the sun goes down, Libyans in Benghazi light candles and bring out their rechargeable lamps to get through the evenings wi...