(7 Sep 2020) The oil industry has asked the United States to pressure Kenya to change its world-leading stance against the plastic waste that litters Africa, according to environmentalists who fear the continent will be used as a dumping ground.
The request from the American Chemistry Council, whose members include major oil companies, to the Office of the United States Trade Representative came as the US and Kenya negotiate what would be the first US bilateral trade deal with a country in sub-Saharan Africa.
Kenya three years ago imposed what was praised as the world's strictest ban on the use, manufacturing and import of plastic bags, part of growing efforts around the world to limit a major source of plastic waste.
Environmentalists fear Kenya is now under pressure not only to weaken its resolve, but to become a key transit point for plastic waste to other African countries.
"This deal will have dire consequences in terms of the environmental pollution because plastics have been touted as the major polluters of our water bodies," said Fredick Njehu, senior political advisor at Greenpeace Africa.
"African countries are looking upon Kenya to actually reject the deal and also reject the fact that they (would) be used as an entry point to access the African markets," he added.
The April 28 letter from the American Chemistry Council's director for international trade, Ed Brzytwa, seen by The Associated Press, urges the US and Kenya to prohibit the imposition of domestic limits on "production or consumption of chemicals and plastic" and on their cross-border trade.
China's ban on imports of most plastic waste in 2018 has forced companies to seek new places to send it, but other countries including African ones increasingly are saying they don't want it, either.
The American Chemistry Council in a statement to the AP said "it is well understood that a bilateral trade agreement between the United States and Kenya will not override Kenya's domestic approach to managing plastic waste or undermine its international commitments under the Basel Convention," a global agreement which as of January will make it much more difficult to ship plastic waste to poorer countries.
Nearly 190 countries have agreed to it, but not the US.


You can license this story through AP Archive: http://www.aparchive.com/metadata/youtube/1cdcff822a8f455293ae57ffdb98b94d 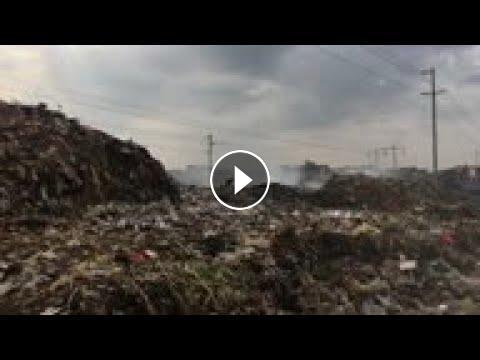 (7 Sep 2020) The oil industry has asked the United States to pressure Kenya to change its world-leading stance against the plastic waste that litters ...