Delegations representing rival Libyan groups Government of National Accord (GNA) and Libyan National Army (LNA) as well as representatives from the UN arrived in Ghadames on Monday for ceasefire talks.

They were the first talks held on Libyan soil following last month's ceasefire deal. The official talks, which according to the UN aim at tackling the “implementation of the ceasefire agreement begin on Monday evening.

The final three-day summit of the 5+5 Joint Military Committee is taking place in Ghadames, a remote desert oasis town near Libya's border with Algeria.

Footage shows the GNA delegation exiting a plane at Ghadames East Airport before being escorted by UN vehicles to the meeting location at the Ghadames council offices.

The 5+5 Joint Military Committee previously met between the 19th and 23rd of October in Geneva with the signed ceasefire meaning that warring parties should abandon frontlines with foreign units departing from all Libyan territories within three months.

The LNA forces, led by Field Marshal Khalifa Haftar are based in Benghazi, with the parliament in Tobruk, and the UN-backed GNA, led by Prime Minister Fayez al-Sarraj, is based in Tripoli. Libya has been torn by conflict since the ousting of former Libyan leader Muammar Gaddafi in 2011. 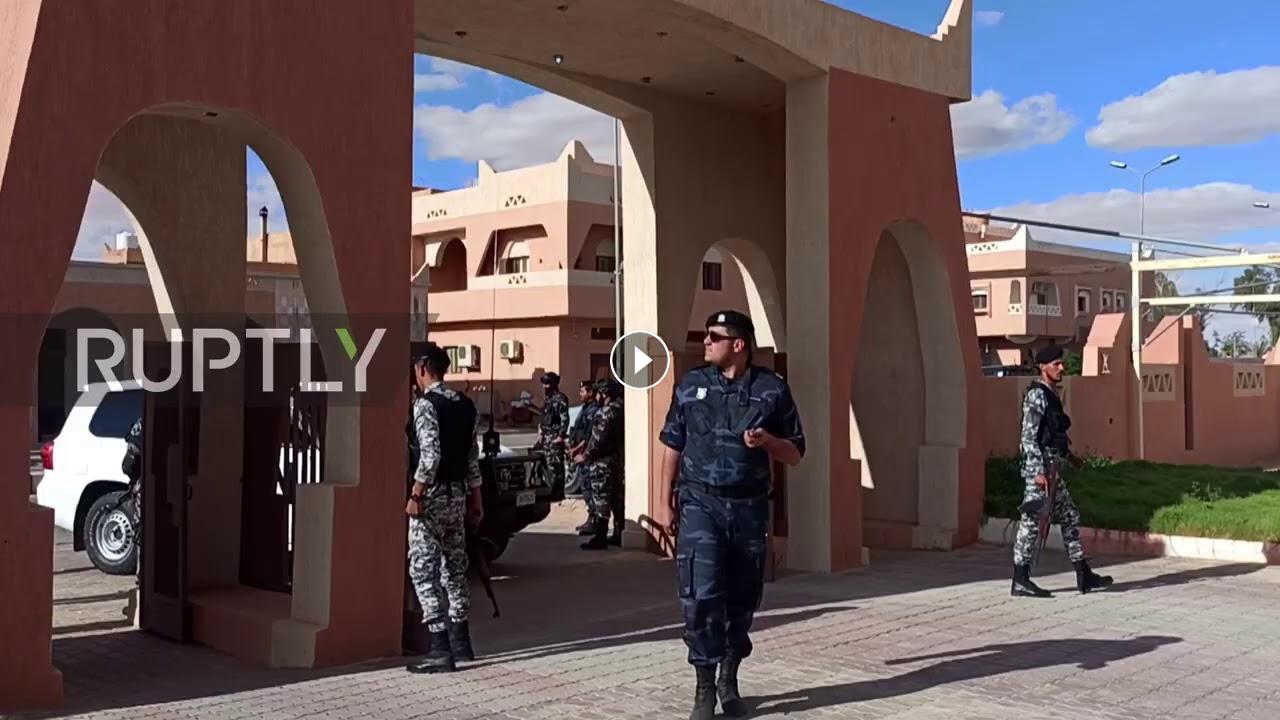 Delegations representing rival Libyan groups Government of National Accord (GNA) and Libyan National Army (LNA) as well as representatives from the UN...