Morocco has invested heavily in renewable energy projects in recent years.
The promotion and investment of clean energy has experienced a remarkable success, officials say.

STORY-LINE:
Moroccan officials are optimistic that the country can transform its power network to one that is mainly based on renewable energies in the next decade.
In recent years, large amounts of money have been poured into clean energy projects in the nation.
Khalladi wind farm, which is located near the northern city of Tangier, is an example of one of these developments.
The farm was commissioned in 2018 and is comprised of 40 turbines and has a capacity of 120 megawatts per hour.
Said Jamkil, who is the wind farm's director, says that the farm is able to generate enough electricity to power a city of up to 420,000 people.
"The project provides production to customers, especially large factories, such as cement or iron factories, and this reduces the use of unclean energies," Jamkil said.
In total, the farm reduces carbon emissions by about 140,000 tonnes per year.
The brainchild of the project, which is one of the first privately funded renewable projects in the country, is ACWA Power Group.
It also operates six similar energy farms in Ouarzazate, Laayoune and Dakhla, and has a presence in 11 nations across the Middle East, Africa and Asia.
Its Noor Ouarzazate farm was the first project of Morocco's solar energy program and remains the world's largest concentrated solar power plant following the completion of its latest phases in 2018.
Across the nation, there are about 100 renewable energy projects which are powered by wind, solar and hydroelectricity.
About 20% of the country's power comes from renewable sources.
Energy dependency - the proportion of its energy use that a country has to import - has also decreased from 97.5% in 2009 to 90.58% now.
To continue Morocco's path of weaning off fossil fuels, the nation has continued to implement several initiatives in recent years.
Mohammed Ouhmed, who is the director of renewable energies in the Ministry of Energy and Mining says that the government has been looking at the energy policies of other nations to help shape its own.
"It (the ministry) began launching a set of initiatives, such as the energy valuation of biomass and the exploitation of marine energies, but also the development of the national roadmap for hydrogen energy," Ouhmed says.
He also believes that Morocco has "all the conditions to play a pivotal role in developing green hydrogen production at the global level."
"It could be said that Morocco today is able, within a decade, to transform its energy model into a model based mainly on renewable energies," Ouhmed believes.
Morocco has invested more than 52 billion dirhams ($5.8 billion) since it launched its National Energy Strategy in 2009. 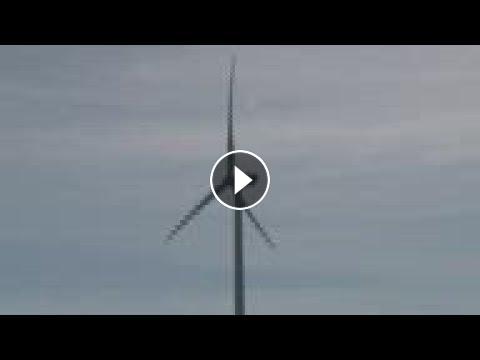 Morocco has invested heavily in renewable energy projects in recent years. The promotion and investment of clean energy has experienced a remarkable s...