The Rwandan genocide, also known as the genocide against the Tutsi,[3] was a mass slaughter of Tutsi, Twa, and moderate Hutu in Rwanda, which took place between 7 April and 15 July 1994 during the Rwandan Civil War.[2]

The genocide was organised by members of the core Hutu political elite, many of whom occupied positions at top levels of the national government. Most historians agree that a genocide against the Tutsi had been planned for at least a year.[4][5] However, the assassination of Rwandan president Juvénal Habyarimana on 6 April 1994 created a power vacuum and ended peace accords. Genocidal killings began the following day when soldiers, police, and militia executed key Tutsi and moderate Hutu military and political leaders.

The scale and brutality of the massacre caused shock worldwide, but Western nations such as Belgium, France, the U.S., and others ignored the genocide.[6][7][8][9] Most of the victims were killed in their own villages or towns, many by their neighbors and fellow villagers. Hutu gangs searched out victims hiding in churches and school buildings. The militia murdered victims with machetes and rifles.[10] An estimated 500,000 to 1,000,000 Rwandans were killed, about 70% of the Tutsi population.[2] Sexual violence was rife, with an estimated 250,000 to 500,000 women raped during the genocide.[11] The genocide ended with the military victory of the Rwandan Patriotic Front.

The genocide had lasting and profound effects on Rwanda and neighbouring countries. Today, Rwanda has two public holidays to mourn the genocide, and denial or historic revisionism of the genocide is a criminal offence.[12] As a result of the genocide, nations collaborated to establish the International Criminal Court. 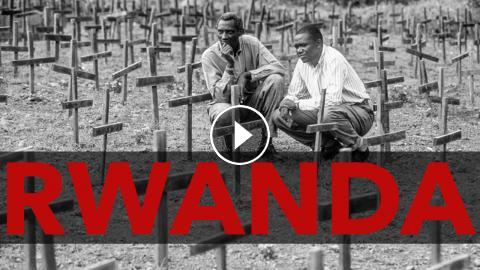 The Rwandan genocide, also known as the genocide against the Tutsi,[3] was a mass slaughter of Tutsi, Twa, and moderate Hutu in Rwanda, which took pla...