Louis Theroux journeys to the centre of the controversial South African hunting industry. It's big business, attracting thousands of holiday hunters annually. Keeping wild animals fenced in on farms has made it cheaper and easier to hunt than ever before, but Louis discovers that this industry, instead of endangering species, has actually increased animal numbers. Staying at a safari hunting lodge, Louis hears that each kill has a price. The potential shopping list is endless, ranging from $250 for a porcupine to $100,000 for a rhino. It's a hunter's paradise.

This is a very popular tourist attraction - particularly among Americans. Louis meets such visitors and tries to understand their motivation to kill for pleasure, joining them as they go hunting. He meets novice hunter Ann-Marie, who originally only came to accompany her husband but gets caught up in the excitement and decides she wants to try to hunt an animal herself. She tells Louis that, apparently, your first kill is a total rush - although she would worry about killing a zebra as it's too much like a horse.

Two of the local landowners, Piet Venter and Piet Warren, breed animals for hunting and have a perhaps surprising sensitivity towards the animals they've raised. They take particular care to try to ensure any animal is killed swiftly so they suffer minimal trauma. Former vet Lolly Fourie, who allows hunting on his land, explains how he no longer hunts as he gets no pleasure from it nowadays. Hearing their arguments in favour of the industry, Louis arranges to go on a hunt of his own. Unsure if he really can pull the trigger, as he looks at a wart-hog down the arrow of a crossbow he faces his beliefs head on and must make the decision. 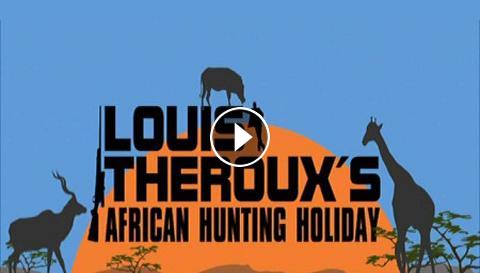 Louis Theroux journeys to the centre of the controversial South African hunting industry. It's big business, attracting thousands of holiday hunters a...