Mapungubwe - Secrets of a Sacred Hill

Between the years 950 AD to 1290 AD, on the Northern border of South Africa, traversing the conference of the Shashi – Limpopo Valley, which today divides Botswana, Zimbabwe and South Africa, existed an ancient African Kingdom, called Mapungubwe. From the Iron Age to present day this unique one-hour film explores the history and tells the story of this remarkable city.

Governed from an impenetrable hilltop, Mapungubwe became the business centre for all of Africa’s trade which, by this period, had become well integrated into the world economy and thrived on trade with the East Indian Trade Route attracting traders from as far afield as Persia, Arabia, India and China.

Mapungubwe was inhabited by successive groups of people for this 300 year period until it was mysteriously evacuated. No one knows for sure why, but in 1290 Mapungubwes’ inhabitants left taking with them the memories and stories of Mapungubwes' early history. In this film archaeologists and historians take us on a journey through a thousand years of untold African history revealing the controversial discovery of this ancient site and its golden artifacts.

Mapungubwe - Secrets of a Sacred Hill 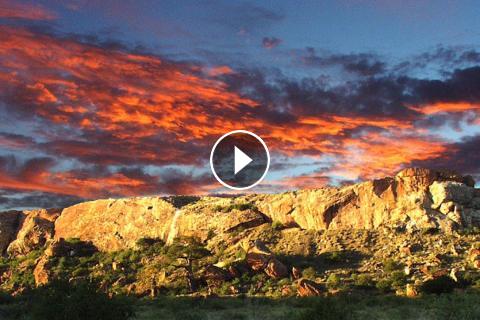 Between the years 950 AD to 1290 AD, on the Northern border of South Africa, traversing the conference of the Shashi – Limpopo Valley, which tod...