Uganda: Do government critics have a future in the country?

Novelist Kakwenza Rukirabashaija and poet Stella Nyanzi have both experienced the consequences of being outspoken critics of the Ugandan government. They have been jailed, tortured, charged with communications offences and made to flee their country.

Rukirabashaija is best known for his 2020 satirical novel "The Greedy Barbarian". In December, he posted a series of tweets critical of President Yoweri Museveni and his son, a military general. Soon after, Rukirabashaija was taken from his home and spent a month in military detention, where he says he was tortured and injected with an unknown substance. He was released on bail in January, and has since fled to Germany, where he is receiving medical treatment.

In Stella Nyanzi's case, the queer feminist activist and former university lecturer known for using "radical rudeness" was jailed twice - once in 2017 for calling the president a "pair of buttocks" and a second time the following year for writing a poem about Museveni being strangled by his mother's vagina. After seeking political asylum in Kenya, Nyanzi now continues her work from Germany.

Human rights groups say both of their cases highlight the type of persecution faced by opposition voices in Uganda, where Museveni has been in power for 36 years and reports of arbitrary detention, torture and enforced disappearances persist.

In this episode of The Stream, we'll speak to Rukirabashaija and Nyanzi about their personal ordeals and discuss the state of free expression in Uganda.

Uganda: Do government critics have a future in the country? 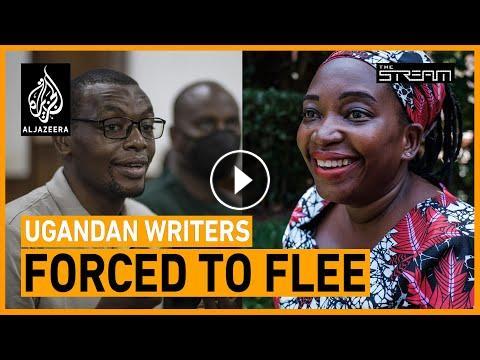 Novelist Kakwenza Rukirabashaija and poet Stella Nyanzi have both experienced the consequences of being outspoken critics of the Ugandan government. T...