On the streets of Lagos, it is not the police who wield power but gangs of fight-hardened young men known as Area Boys. Louis spends time with several outfits, joining them as they patrol their turf, clash with local rivals and keep the peace in a brutal and haphazard fashion. The main income for the Area Boys is an arbitrary and unofficial form of taxation, extracted from local businesses and commercial drivers. Louis gets to know the rich and glamorous Area Boy leader MC, a former street youth himself, who has now become a friend of the most powerful men in the city. Taken under MC's wing, Louis experiences the top levels of the Area Boys' world from the inside, complete with a tour of MC's grand residence and extensive shoe collection, and ending in a chaotic mini-riot with gunshots, blood and mayhem.

On the side of the law, Louis rides with KAI, the government's Kick Against Indiscipline paramilitary task force, as they storm different city districts. With bulldozers and arrest warrants, KAI use their own strong-arm tactics, and are in their way as feared as the Area Boys.

In Law and Disorder in Lagos, Louis wrestles with life in a world in which the forces of law and the forces of disorder are not always readily distinguishable and nothing is quite what it seems. 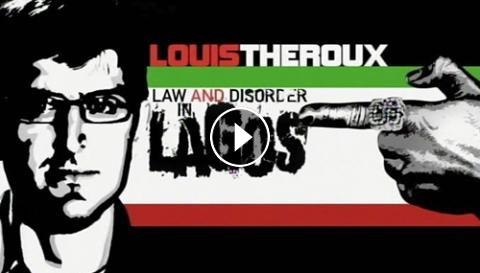 On the streets of Lagos, it is not the police who wield power but gangs of fight-hardened young men known as Area Boys. Louis spends time with several...