Three-part observational documentary series which explores life at the sharp end of one of the most extreme urban environments in the world: Lagos, Nigeria. Today, more than half the world's population live in cities, and this eye-opening series shows what life is really like in some of the toughest parts of the world's fastest growing megacity.

The first episode uncovers life in the Olusosun rubbish dump. Here, around 1,000 people live on top of the rubbish in houses built from scrap. The film follows the daily lives of two men who have become skilled at turning rubbish into gold. Eric, aka Vocal Slender, is a musician, and every bit of scrap he finds brings him one step closer to his dream of launching his music career, but a serious fight nearly ruins his chances.

Joseph is a trader who works hard to provide for his wife and two small children, and who has filled his house with things he has found on the dump. 'If there was a bigger, dirtier, stinkier dump where I could earn more money for my family, then I'd go there to work,' he says.

With extraordinary access to some of the poorest parts of town, the series celebrates the resilience, resourcefulness and energy of Lagos's 16 million inhabitants, and shows how successfully many of its slum dwellers are adapting to the realities of the world's increasingly extreme urban future. 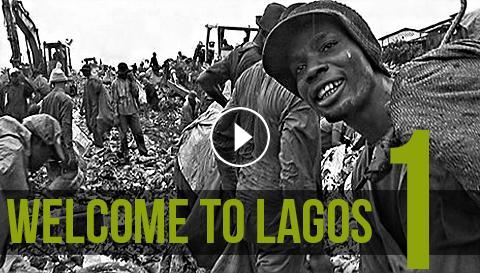 Three-part observational documentary series which explores life at the sharp end of one of the most extreme urban environments in the world: Lagos, Ni...