Lagos's version of Venice is a slum, built on water, called Makoko. This three-part observational series continues to explore one of the most extreme urban environments on the planet, by taking a trip into the lives of those who choose to live and work on the waters of Lagos Lagoon.

Chubbey is a fisherman who lives in a house built on stilts. With 18 children and five grandchildren to support, he has become an expert at making money from the most unlikely of places. Whether he is building a fish pond in the same water he uses as a lavatory, or renting out a spare room which he has not even built yet, he has always got some scheme or another on the go. But when his teenage son starts to hang out with a local gang, he is left with a dilemma familiar to parents all over the world.

Paul is a saw operator at Ebute Metta, the largest timber yard in West Africa. All the wood that goes into building Lagos passes through this place, floated in on enormous rafts, some over a kilometre long. Paul still sleeps in the saw mill, and would like nothing more than to get a place of his own in Makoko. But so many of his fellow workers keep getting killed that he finds it very hard to save any money, because he keeps having to spend it all on funerals.

Kissme and Daniel are two 'sandboys', who make their living diving for sand from the bottom of the Lagoon and selling it to the building trade. Between them they can fill two dumper trucks a day, collecting every grain of it by hand, with an old iron bucket.

As humans begin to come to terms with an increasingly urban future, this series offers unprecedented access and insight into the lives of just some of the millions of slum dwellers who are living at the sharp end of the fastest growing megacity in the world. 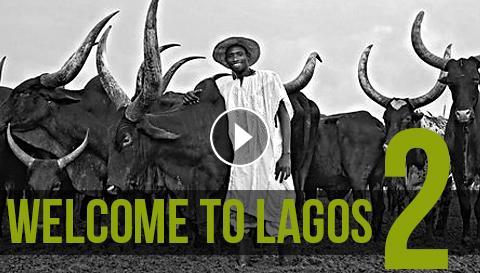 Lagos's version of Venice is a slum, built on water, called Makoko. This three-part observational series continues to explore one of the most extreme ...