This fascinating series continues to look at how people are adapting to modern city life in the 21st century by exploring the slums and ghettos of Lagos, Nigeria. More than 50 per cent of the world's population now live in cities, and that figure is expected to rise to over 70 per cent by 2050. The answer to where humanity could be heading might be found in the lives of the inhabitants of Lagos, one of the world's fastest-growing megacities.

For over six years, Esther has been living with her husband Segun in a house they built themselves from cardboard, scrap wood and tarpaulin on the beach in central Lagos. Every time the government sends its task force to bulldoze their village, she and the thousand or so other inhabitants soon pick up the pieces and build another one. Her best friend, Blessing, is about to give birth here and Esther is worried for her safety. But when she discovers text messages from another woman on her husband's phone, she suddenly has problems of her own to deal with.

Meanwhile, politicians in Lagos are planning sweeping changes to improve the infrastructure and attractiveness of Lagos. Part of their plan to turn it into a 'megacity' involves demolishing the slums, which house so many of its inhabitants. The film follows Sagede, a member of the newly established Lagos State Environmental and Special Offences Enforcement Unit, which targets illegal dwellings all over the city and clears away everything in its path. 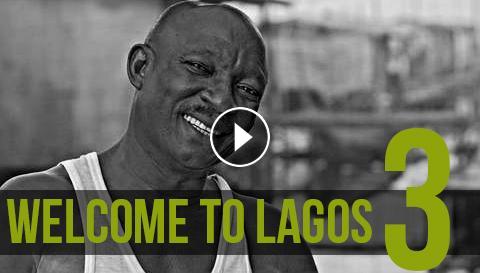 This fascinating series continues to look at how people are adapting to modern city life in the 21st century by exploring the slums and ghettos of Lag...