(15 Sep 2020) Mali's military rulers faced a regional deadline for naming a civilian interim leader Tuesday, as the junta meet with West African leaders who maintain that new elections must be held within a year.
The 15-nation regional bloc known as ECOWAS had issued the ultimatum to Mali's military leaders after they initially proposed remaining in power for three more years.
In recent days, the junta that seized power in an August 18 coup has cut that timeline in half, but it is still longer than the year set by ECOWAS.
Another possible disagreement is over who will lead Mali's transition.
The coup leaders say the interim president chosen to oversee the transitional government could come from the military, but the regional leaders have said the leader must be a civilian.
These issues are expected to be at the top of the agenda on Tuesday at the summit including presidents from six countries in the regional bloc.
The gathering is taking place in Ghana, whose president, Nana Akufo-Addo, is the newly chosen ECOWAS chairman. 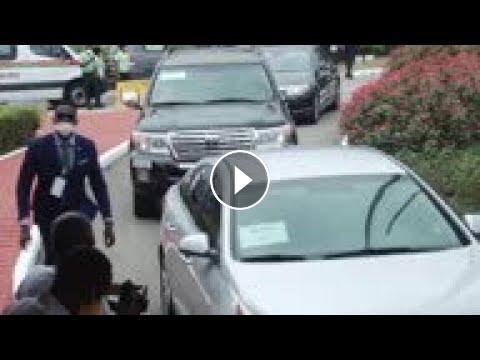